Breed Standards for the Irish Terrier

A graceful, racy outline, with a moderately long body. It is a sturdy and strong in substance, but it is also active and lithe in movement.

Set high but not curled; about one fourth docked off.

Harsh, wiry, whole-colored coat has a broken appearance and should not be so long as to hide the body outline.

A heedless, reckless pluck and blind to all consequences, will rush headlong at an adversary. They have the courage of a lion and will fight to their last breath and yet they are good tempered, notably with humans. 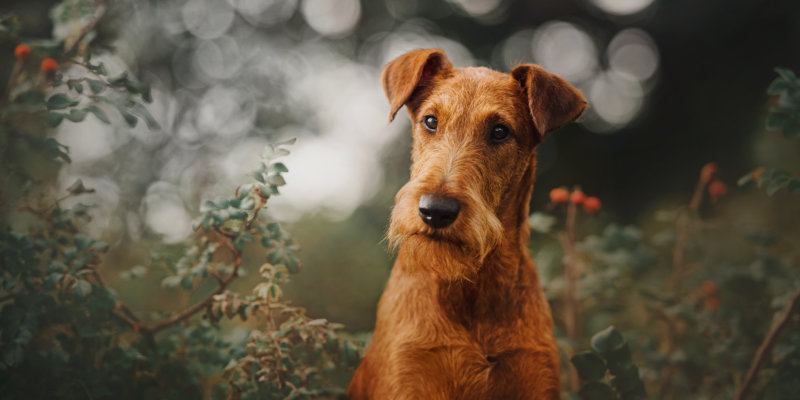 Since 1964, we have supported the sport of purebred dogs at the National Kennel Club, and our mission is to encourage the responsible breeding of dogs.